How to Find a Dropshipping Niche Product in 2023 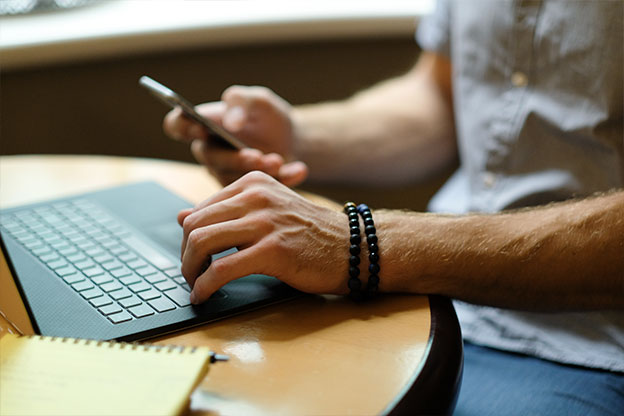 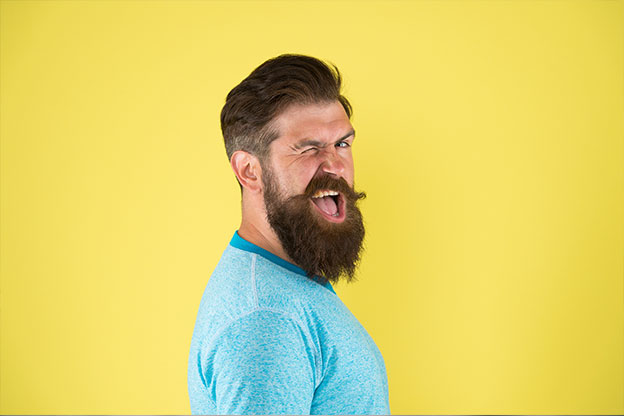 A Guide to the Best Free No-code Mobile-App Builder

Exploring the Future of Ecommerce in the Metaverse

The metaverse may be a new concept to many of us, as it is related to emerging technology. However, the concept of the metaverse has been around for some time, and it is gaining attention as more people become aware of its potential. In reality, the metaverse is a virtual shared space that is created by the convergence of the real and the virtual. It is a new digital frontier that is being built through the integration of the physical and virtual worlds.

What It Is and What It Means for the Future

The metaverse is a collective virtual shared space, created by the convergence of the real and the virtual. It is a new digital frontier that is being built through the integration of the physical and virtual worlds. The metaverse has the potential to revolutionize many industries, including ecommerce.

Ecommerce, or electronic commerce, refers to the buying and selling of goods and services over the internet. It has grown exponentially in recent years, with online sales expected to reach $7 trillion by 2023. However, the metaverse has the potential to take ecommerce to the next level. By 2022, the number of virtual worlds and games had surpassed 10,000, with millions of users spending hours each day exploring and interacting in these virtual spaces. By 2025, the number of people and businesses in the metaverse had reached unprecedented levels, with virtual economies flourishing and a vibrant culture emerging. Many experts predicted that the metaverse would continue to grow and evolve, becoming an increasingly important part of our daily lives in the years to come.

In the metaverse, physical and virtual spaces will merge, allowing consumers to shop and interact with brands in a completely new way. Imagine being able to enter a virtual store and try on clothes or test out products before making a purchase. Or imagine being able to attend a virtual event and shop from your favorite brands in real-time. The possibilities are endless.

The future of ecommerce in the metaverse will also bring about new forms of payment and currency. Digital currencies, such as cryptocurrency, will likely become more prevalent, allowing for seamless and secure transactions within the virtual world.

The rise of the metaverse will also bring about new challenges for ecommerce businesses. For example, companies will need to ensure that their virtual storefronts and products are visually appealing and engaging in order to compete in this new digital landscape. They will also need to consider how to protect their customers' personal and financial information in this new virtual environment.

Is the Metaverse Just a Buzzword or a Revolution in the Making?

The term metaverse has gained popularity in recent years, and it can be considered a buzzword in the tech industry. A buzzword is a technical word or phrase that is used repetitively by a group of people in a specific period of time, often to impress others. The metaverse is a buzzword because it is a concept that has been discussed and explored by many in the tech industry, and it has gained significant attention and buzz. However, despite being a buzzword, the metaverse is also a real and exciting concept with the potential to revolutionize many industries.

The concept of the metaverse has been around for decades, but it has gained significant attention and buzz in recent years. This trend can be traced back to 2021, when Mark Zuckerberg, the CEO and founder of Facebook, announced that the company would be focusing on the metaverse. Since then, many other companies have also begun to invest in the development of the metaverse, and it has become a hot topic in the tech industry.

One of the earliest companies to invest in the metaverse was Second Life, a virtual world created by Linden Lab in 2003. Second Life allows users to create and customize their own avatars, explore virtual environments, and interact with other users. The company has been successful in creating a vibrant virtual community, but it has also faced challenges, such as issues with user privacy and security.

Since the announcement by Zuckerberg, many other companies have also begun to invest in the metaverse. For example, Epic Games, the company behind the popular game Fortnite, has announced plans to create a metaverse called Epic Metaverse. In addition, companies such as Mozilla, Google, and Alibaba have also expressed interest in the metaverse and are exploring ways to incorporate it into their existing products and services. The investment in the metaverse by these companies shows the potential that the concept has to revolutionize many industries. However, it also raises questions about the ownership and control of virtual assets and environments. As the metaverse continues to evolve, it will be interesting to see how these issues are addressed and how the technology will be used in the future.

Alice was a young entrepreneur who had always been drawn to the world of the metaverse. She had always been fascinated by the idea of creating her own virtual store and selling her products to people from all over the world.

One day, Alice stumbled upon Selldone, a platform that allowed her to easily create her own virtual shop. She quickly signed up and began to experiment with the platform, using its built-in tools to convert her products into 3D assets. With the help of Selldone, Alice was able to quickly create a beautiful virtual store that was embedded in various games and virtual social worlds. She stocked her store with all sorts of products, from clothing and accessories to home decor and gadgets.

As word of her store spread throughout the metaverse, Alice began to see a steady stream of customers visiting her virtual shop. She was thrilled to see that people were actually interested in buying her products, and she quickly found that she was making a substantial amount of money from her virtual sales. Alice continued to grow her business, adding more products to her store and experimenting with new ways to reach customers. She even started to experiment with creating her own virtual games and experiences, which she incorporated into her store to make it even more immersive for her customers.

In the end, Alice's virtual shop was a huge success, and she was able to make a massive amount of money by selling real goods to real people in the virtual world. She was grateful to Selldone for giving her the tools she needed to succeed, and she continued to grow her business, always pushing the boundaries of what was possible in the exciting world of the metaverse.

In the future, Selldone plans to continue revolutionizing the way ecommerce is done in the metaverse. By providing easy-to-use tools for creating and managing virtual storefronts, Selldone will empower anyone to become a successful entrepreneur in the virtual world. Selldone will focus on empowering young people from the Gen Z generation, offering them a unique opportunity to create their own businesses and showcase their products and services to a global audience. With Selldone, these future entrepreneurs will be able to easily create stunning virtual storefronts, convert their products into 3D assets, and manage their sales and inventory all from one platform.

In the future, Selldone wants to help more people become successful entrepreneurs in the metaverse. We believe that our platform can make it easier for anyone to create and manage a virtual storefront, and we're excited to see what kind of businesses people will come up with.

A Future of Endless Possibilities

The metaverse is a virtual world that is being built through the convergence of the real and virtual worlds, and it has the potential to revolutionize many industries, including ecommerce. In the future, ecommerce in the metaverse will allow consumers to shop and interact with brands in completely new ways, and it will bring about new forms of payment and currency. The rise of the metaverse will also bring new challenges for ecommerce businesses, but the potential benefits are huge. Overall, we can expect to see ecommerce playing a major role in this exciting new digital frontier.

Make Your Business Online By The Best No—Code & No—Plugin Solution In The Market.

What is the metaverse?

The metaverse is a collective term for the virtual worlds and online communities that people can access and interact with using the internet. The metaverse includes virtual reality and augmented reality environments, as well as online games and social networks.

What is ecommerce in the metaverse?

Ecommerce in the metaverse refers to the buying and selling of goods and services within virtual environments. This can include virtual storefronts within games or social networks, as well as virtual markets and trading platforms.

How is ecommerce in the metaverse different from traditional ecommerce?

Ecommerce in the metaverse is similar to traditional ecommerce in many ways, but it also has some unique characteristics. For example, virtual goods and services may be represented by 3D assets, and transactions may be conducted using virtual currencies or other forms of payment. Additionally, the immersive and interactive nature of the metaverse can provide unique opportunities for businesses to engage with customers.

How can businesses get started with ecommerce in the metaverse?

What are some challenges facing ecommerce in the metaverse?

One of the main challenges facing ecommerce in the metaverse is the lack of standardization and regulation. The metaverse is still a relatively new and rapidly evolving space, and there are no clear rules or guidelines for how businesses should operate within it. This can make it difficult for businesses to navigate the virtual world and reach their customers. Additionally, the security and integrity of virtual transactions is a concern for many businesses and customers.

More insight about Exploring the Future of Ecommerce in the Metaverse

More insight about Exploring the Future of Ecommerce in the Metaverse

How to Find a Dropshipping Niche Product in 2023

Deciding on what to sell in your online store can be tough and requires lots of thinking and researching. Because you don't want to present something your audience isn't interested in and choose another store to buy what they look for.

Writing SEO-based blog posts is like a game. The goal of this game is to answer people's questions. Whoever answers better than the other wins this competition. In this game, google is the referee that tells who responded to questions better than others.

"It is only a name!" Some may say don't be strict about choosing a name for starting your brand. If you are getting started at a clothing store, you have to think of your brand name.

A Guide to the Best Free No-code Mobile-App Builder

Nowadays, more and more companies are beginning to realize that by adapting to their customers' needs, they can seize more opportunities for their earnings. One such opportunity is the request for mobile access to information about their company, whether r

What Is White Label Dropshipping? How Does It Work?

Dropshipping is easy because you don't manufacture the products and don't hold an inventory. But what if you want to have your own branded products instead of selling other manufacturers' products? Then you need to know about the practical model of dropshi

How Much Does It Cost to Buy a Pre-built Dropshipping Store?

What Is a Headless-commerce Solution and How To Unleash the Power of Headless Commerce?

The industry of ecommerce has undergone many changes. As you read in the previous blogs, there are various commerce platforms. Another valuable solution for web developers is the appearance of headless commerce.

Best Affiliate Marketing Examples That Give You Inspiring Ideas