Eliminate duplicate tasks in your business

Business on autopilot mode &Save Up to 80% by Removing Repetitive Tasks.

The time, how much does it cost?! Imagine, if we can turn the world into a more convenient place, we will enjoy the pleasure of more time for family, recreations, and erupting creativities. 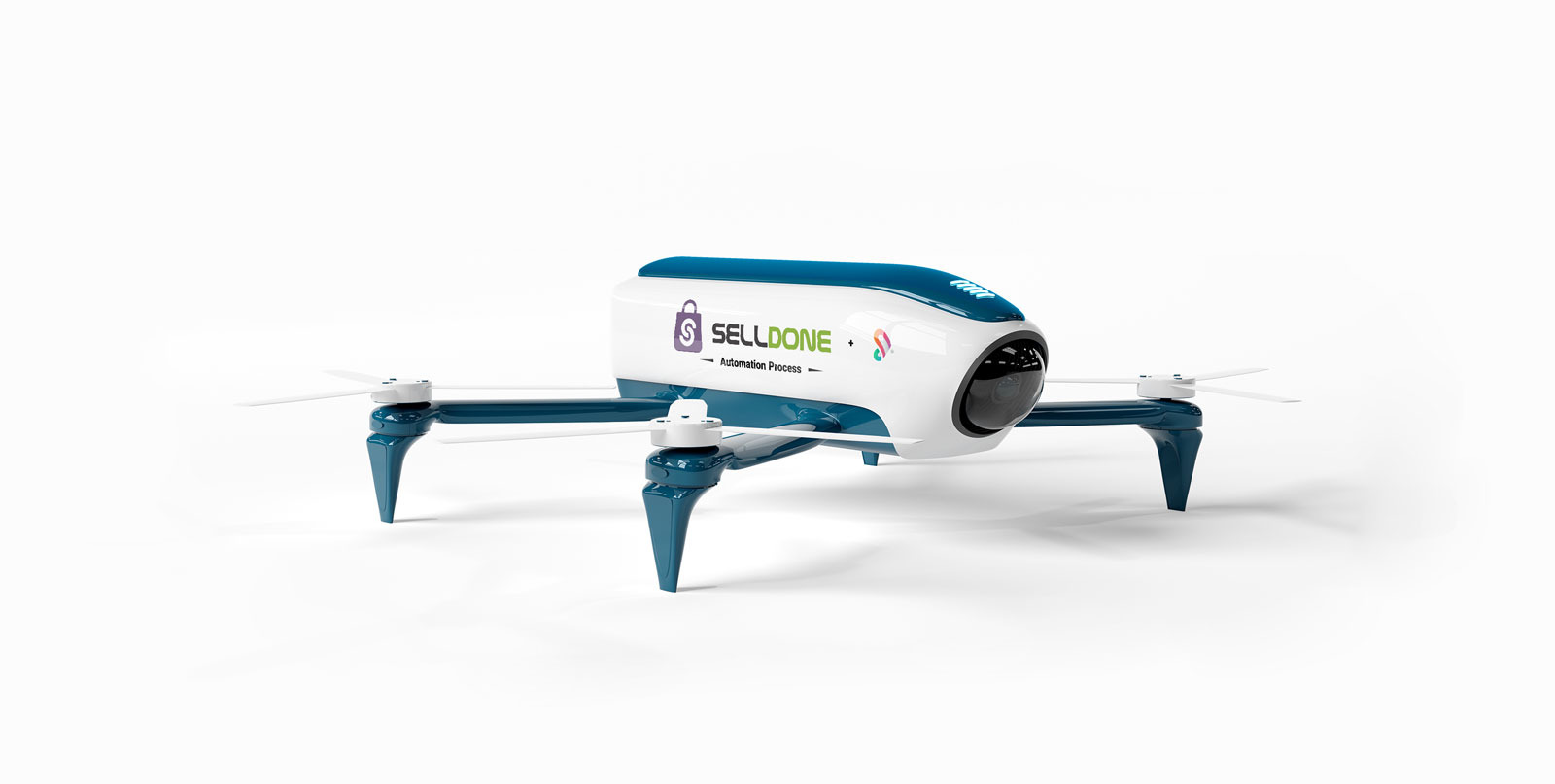 It's time to bring the power of control to the hands of people.

Selldone philosophy is to provide tools, in the online world, for anyone, anywhere, and with any budget, with the no-code no-theme no-pain solution. Accessibility in the online world is your right, not a privilege! You can be a member of this community; every dollar sale in Selldone makes accessibility better for others; And it will make our happy future, democratize online commerce builder tools.

NIOMATIC.Trigger-flow, The Next Generation of Programming.

There is great potential in marketing automation, a good marketing automation strategy has put customer orientation at its core. With data collected from interactions between brands and audiences across multiple channels, marketers can understand the intent, buying behavior, and problems that consumers face. 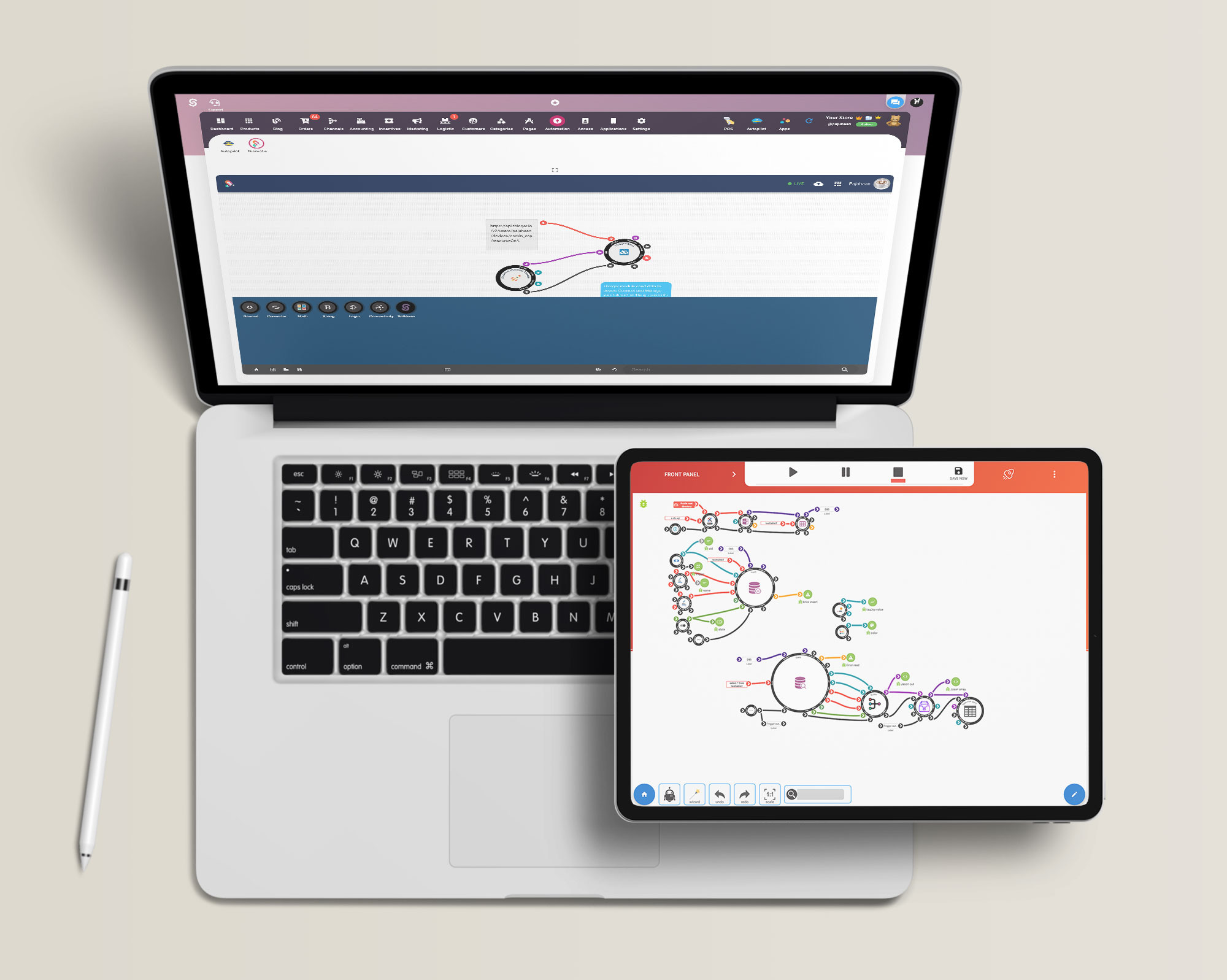 By using Niomatic, developers, instead of complicated textual programming, use Niomatic by dragging and dropping and connecting blocks together on Niomatic web-app or application to trigger IoT hardware. 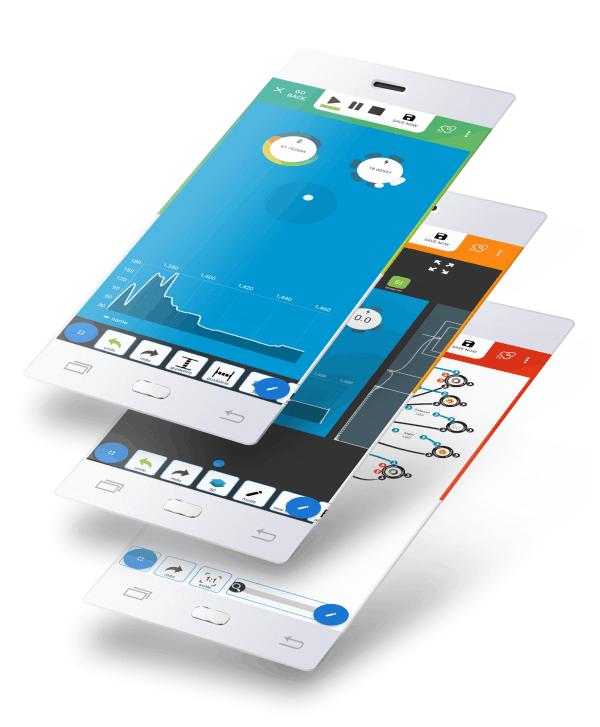 With respect to Pajuhaan as the creator of trigger-flow programming who could not patent due to financial problems.

Trigger-flow programming is a new structure in Visual Programming invented in 2012 by Pajuhaan, which significantly improved the problems of the previous graphical programming (Data Flow) in designing complex sequences and brought more flexibility close to the cause and effect sequence.

Your business automation in action.

An applet to notify the inventory of a product.

Smart people save their time to focus more on what they love to do in business and life. 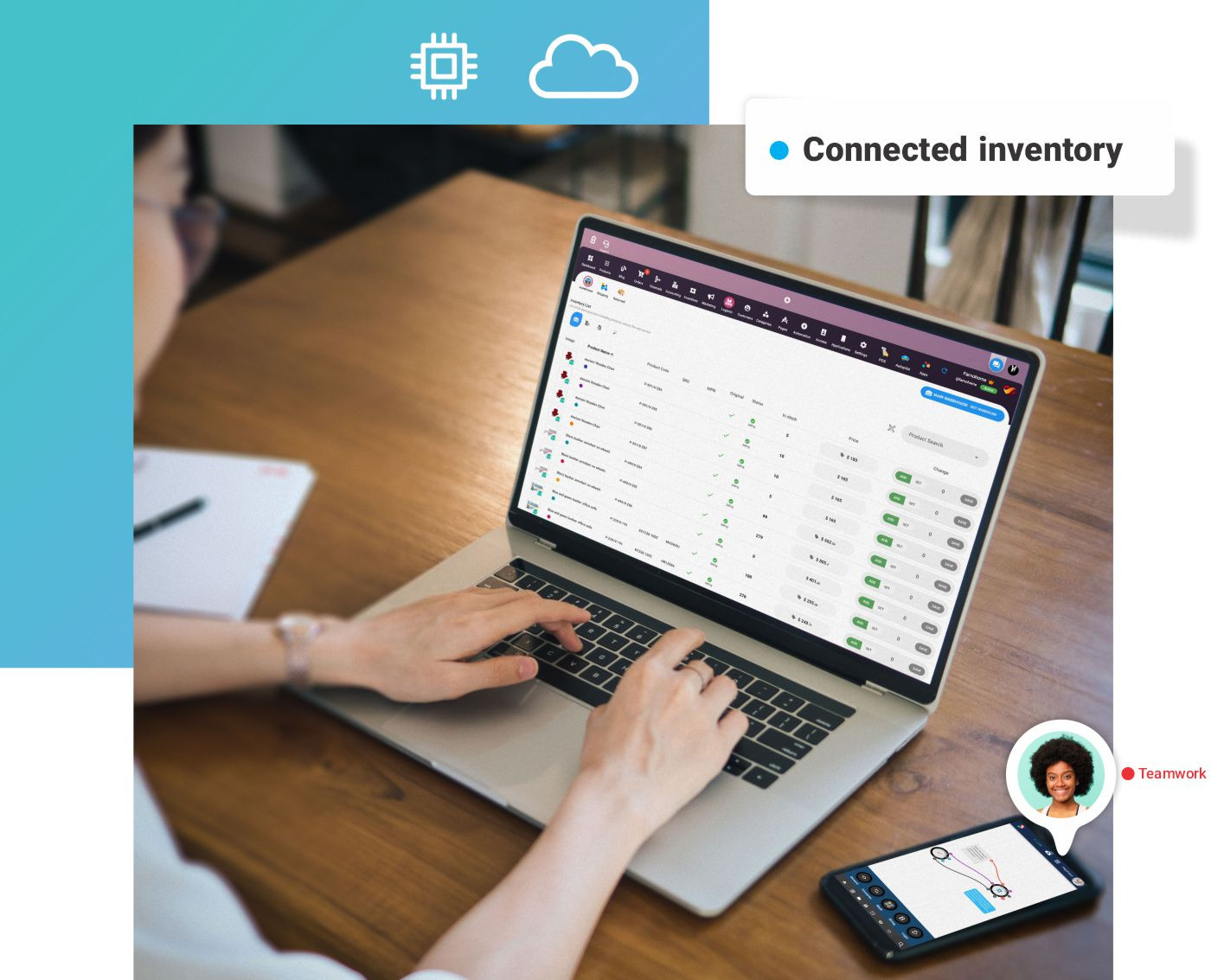 Create with your team.

Use your team's creativity to make things easier for each other, you can do interesting and wonderful things, and you won't be limited by your programming skills anymore. 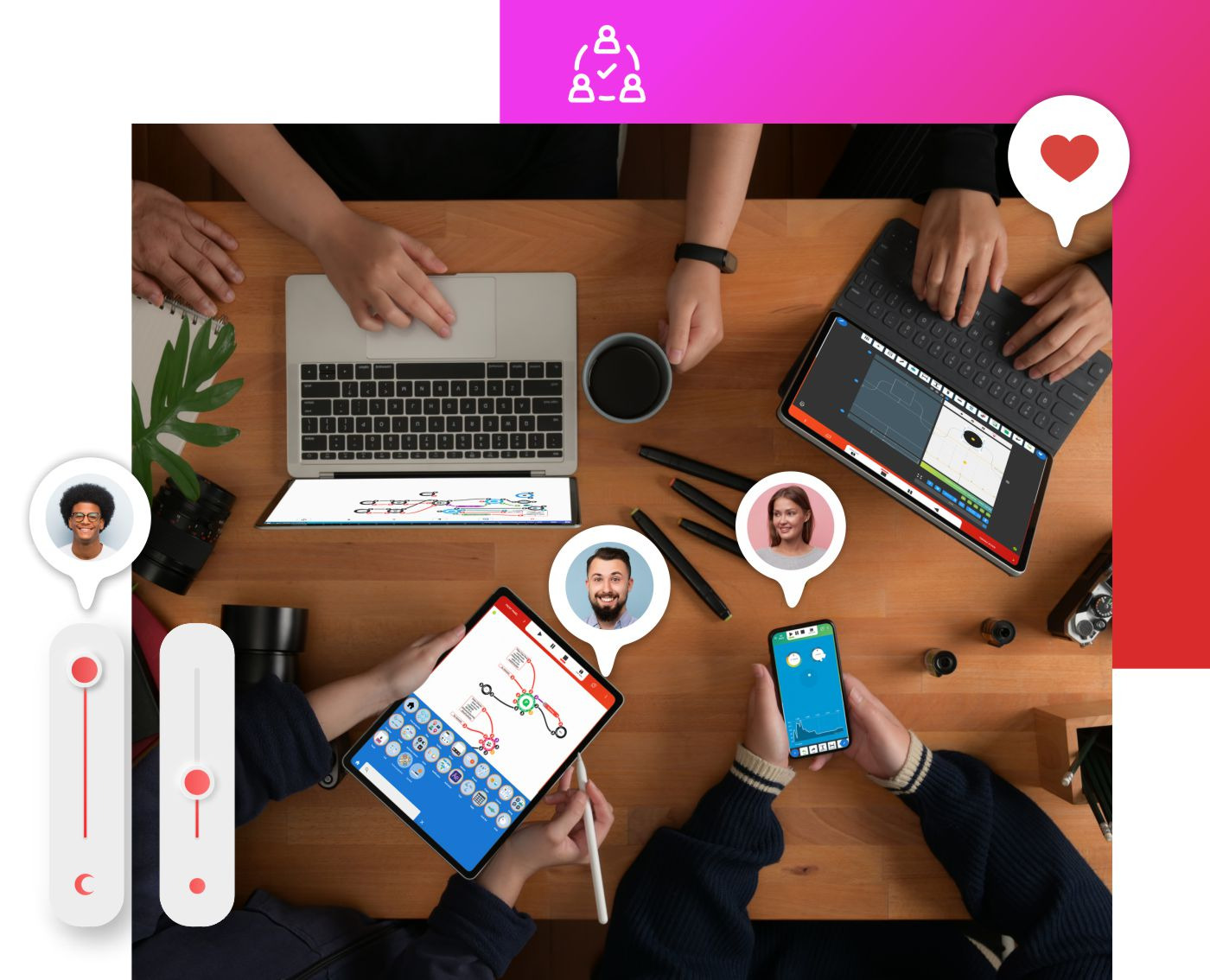 Simple concept.Triggers fire the next actions.

Each block has some in/out triggers. Trigger signal at the output of blocks can execute a command on the next block(s).

But make a big difference.

Create programs with nature-like causal structures and reduce the complexity with visual programming by up to 90%.

Solves the problem of creating multi-thread / multi-tasks applications in visual programming by a straightforward solution. 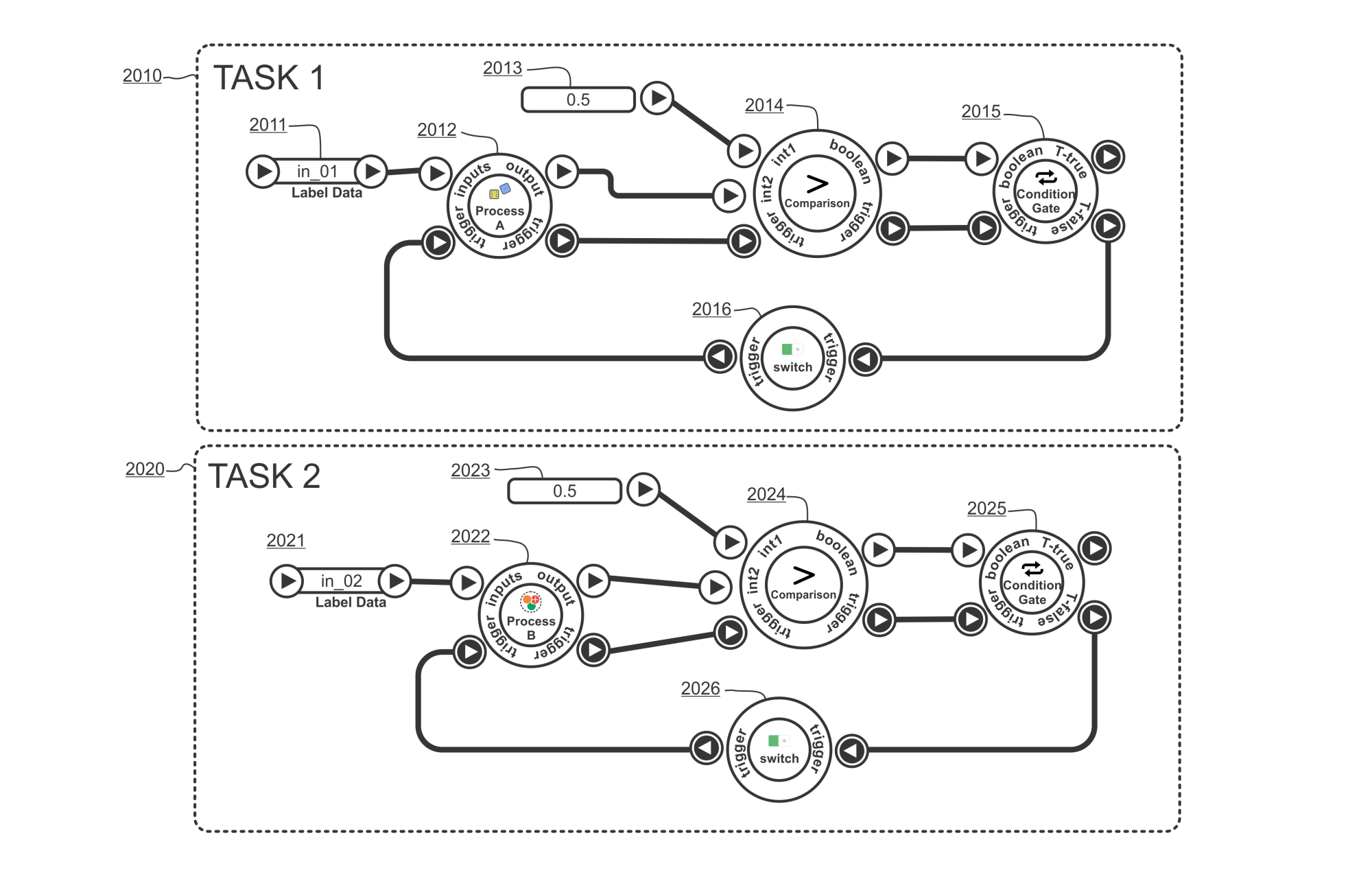 Provides the ultimate solution for building nested loops with feedback without the need for inherent delays. 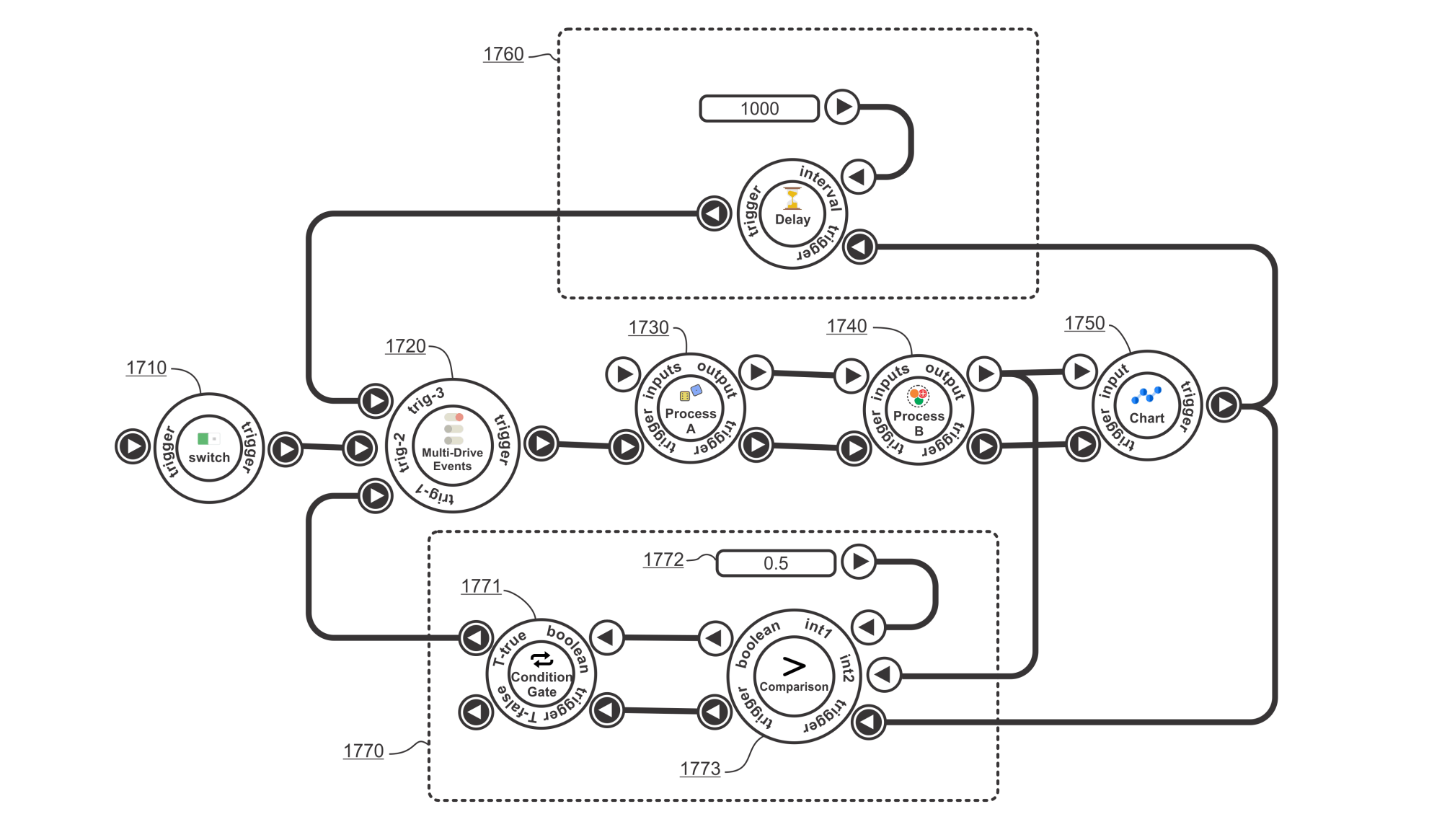 Forget handlers and callbacks! The Niomatic Data Management provides everything for programmers to experience building the most professional native software without writing a single line of code. 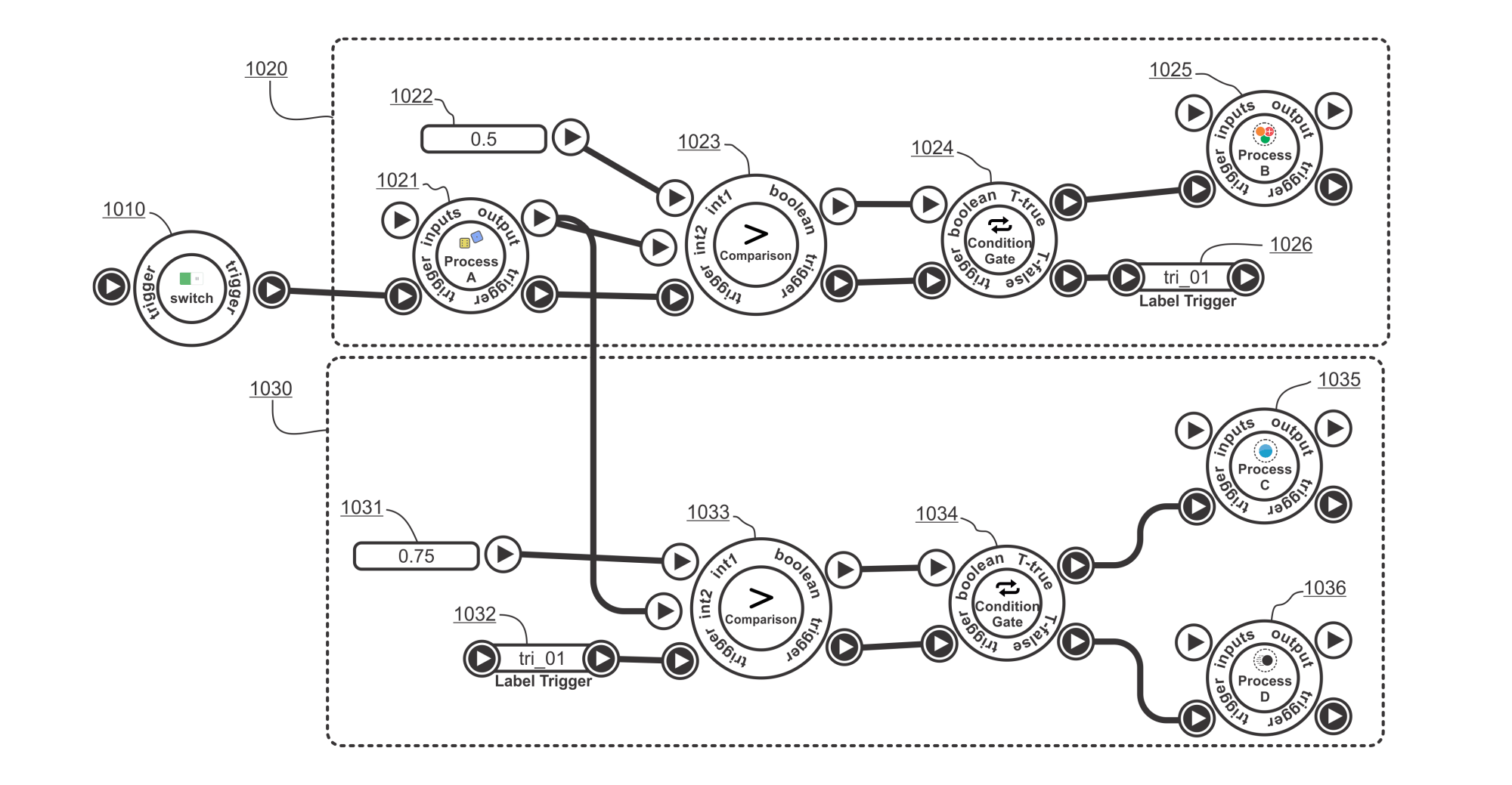 The flow of data and the sequence of execution are completely independent; thus, applets can start from multiple points. 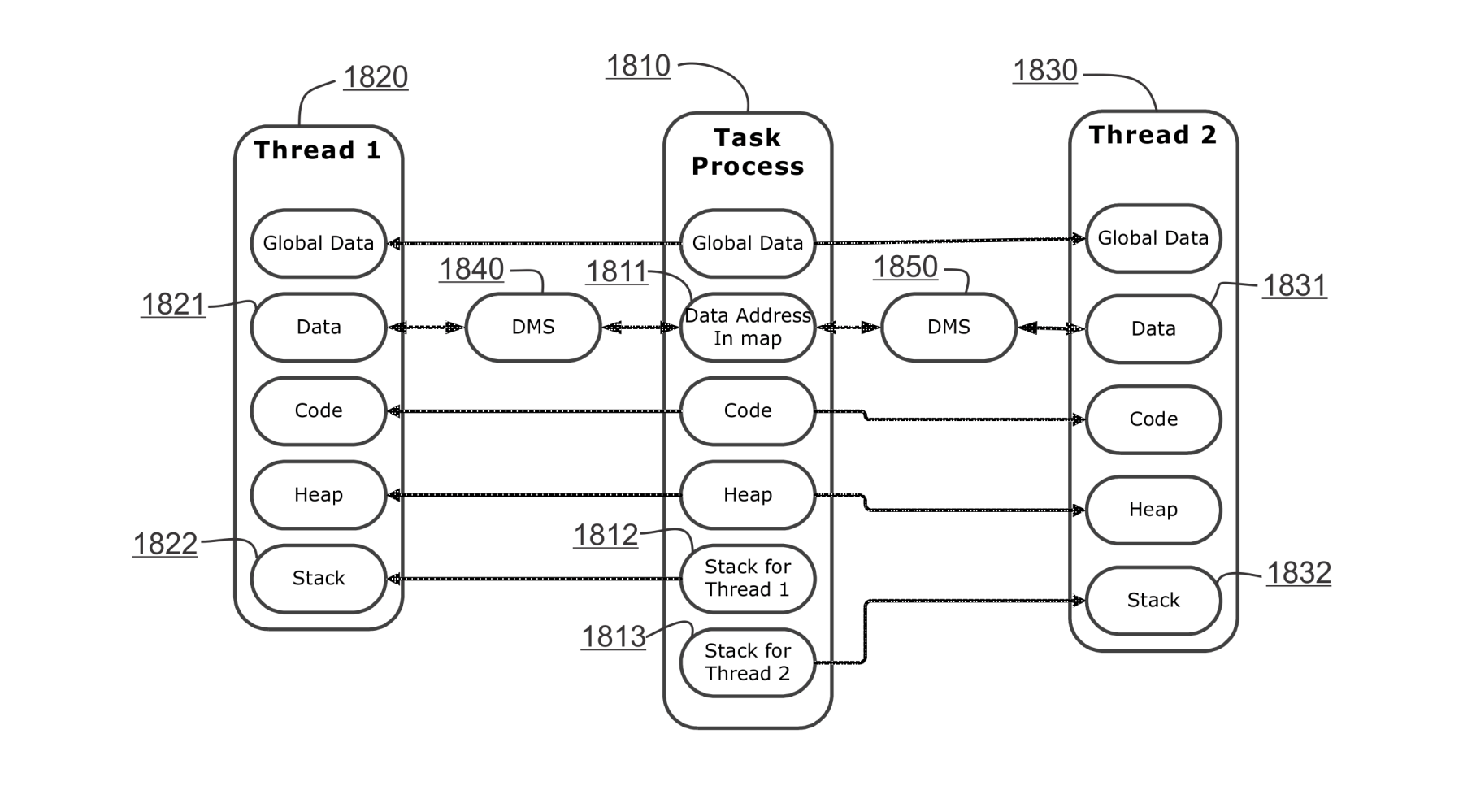 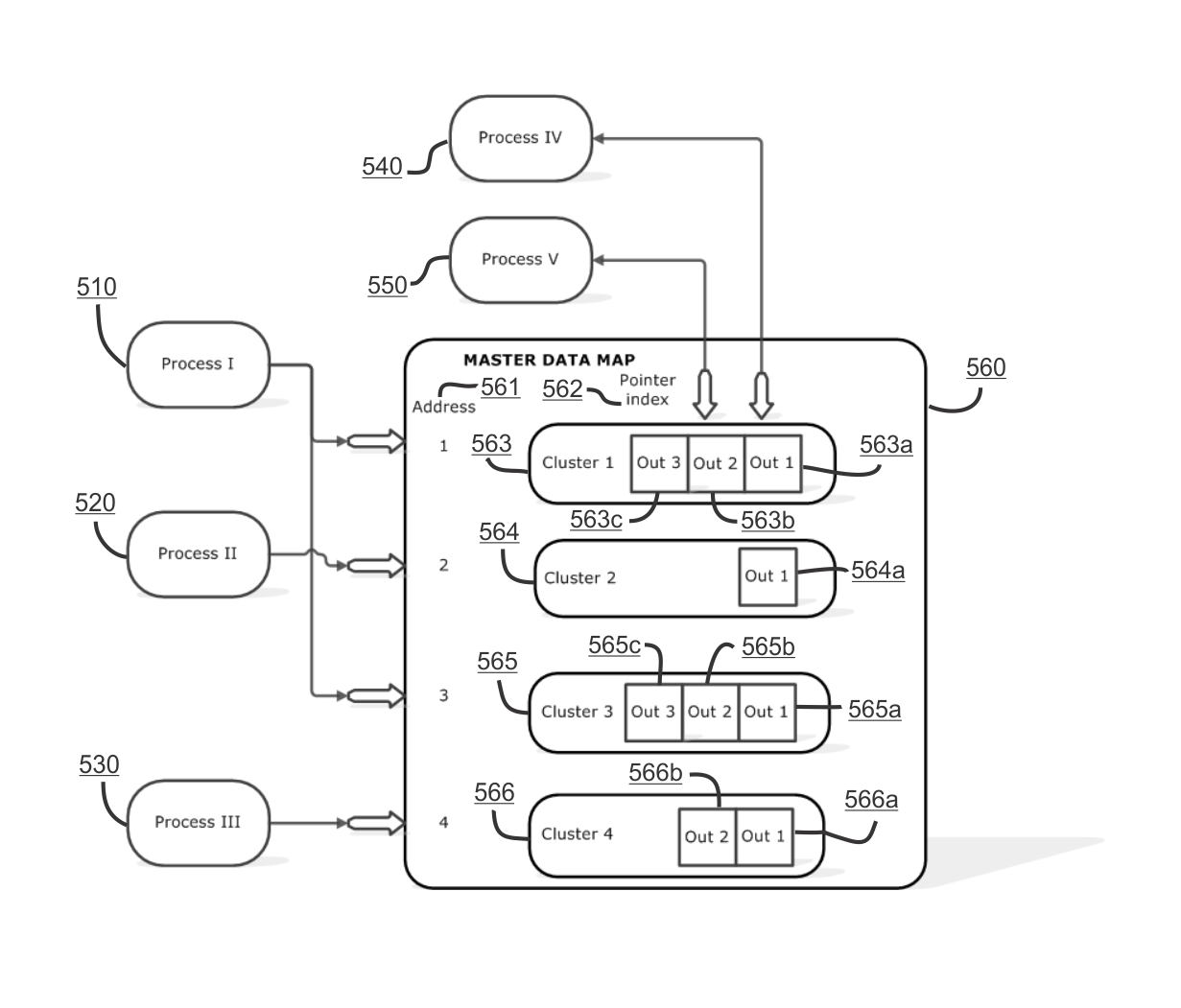 Applet.Automate everything with small automation units. 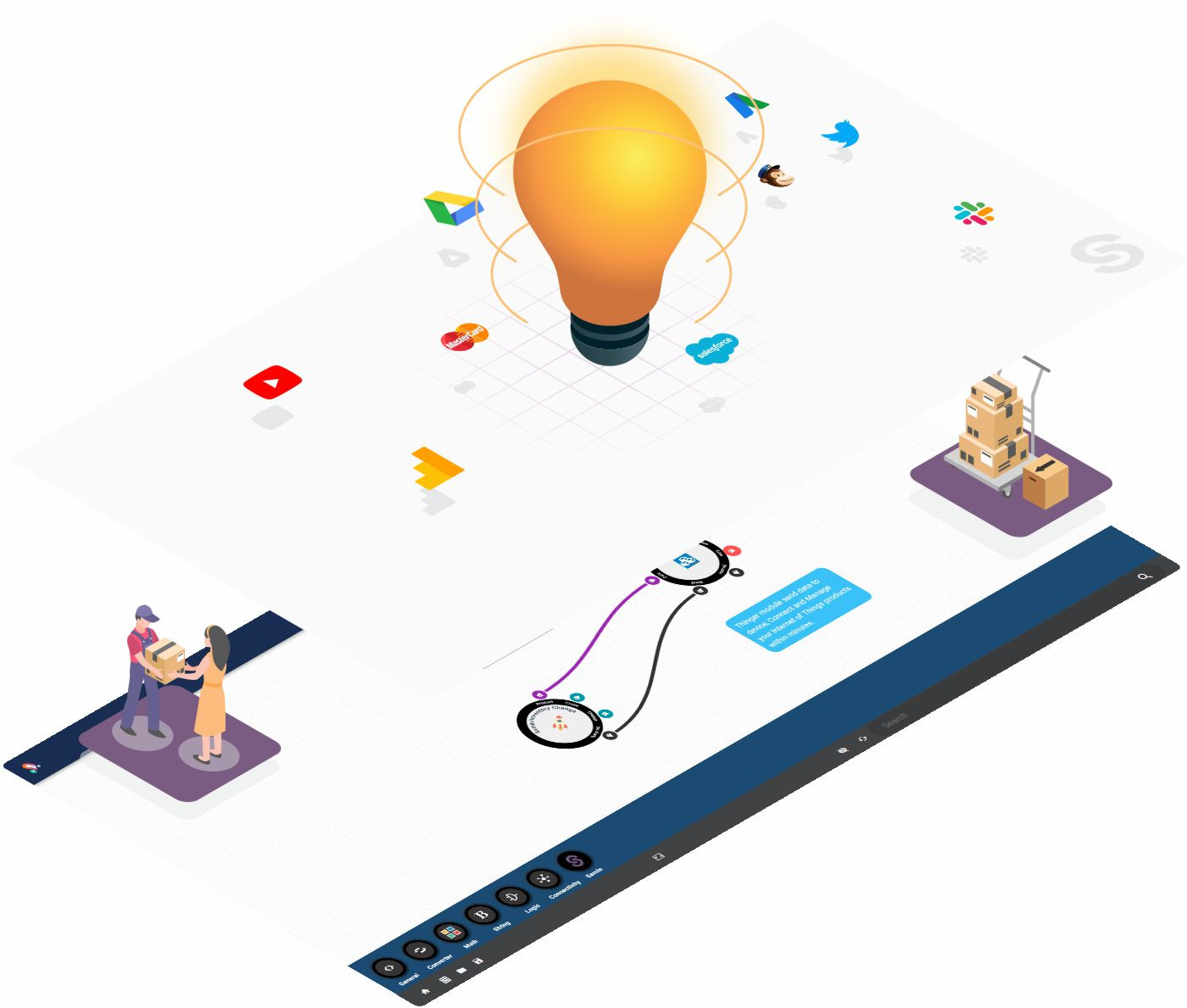 Design internet of things projects without code! Yes, it is the rise of no-code software development. 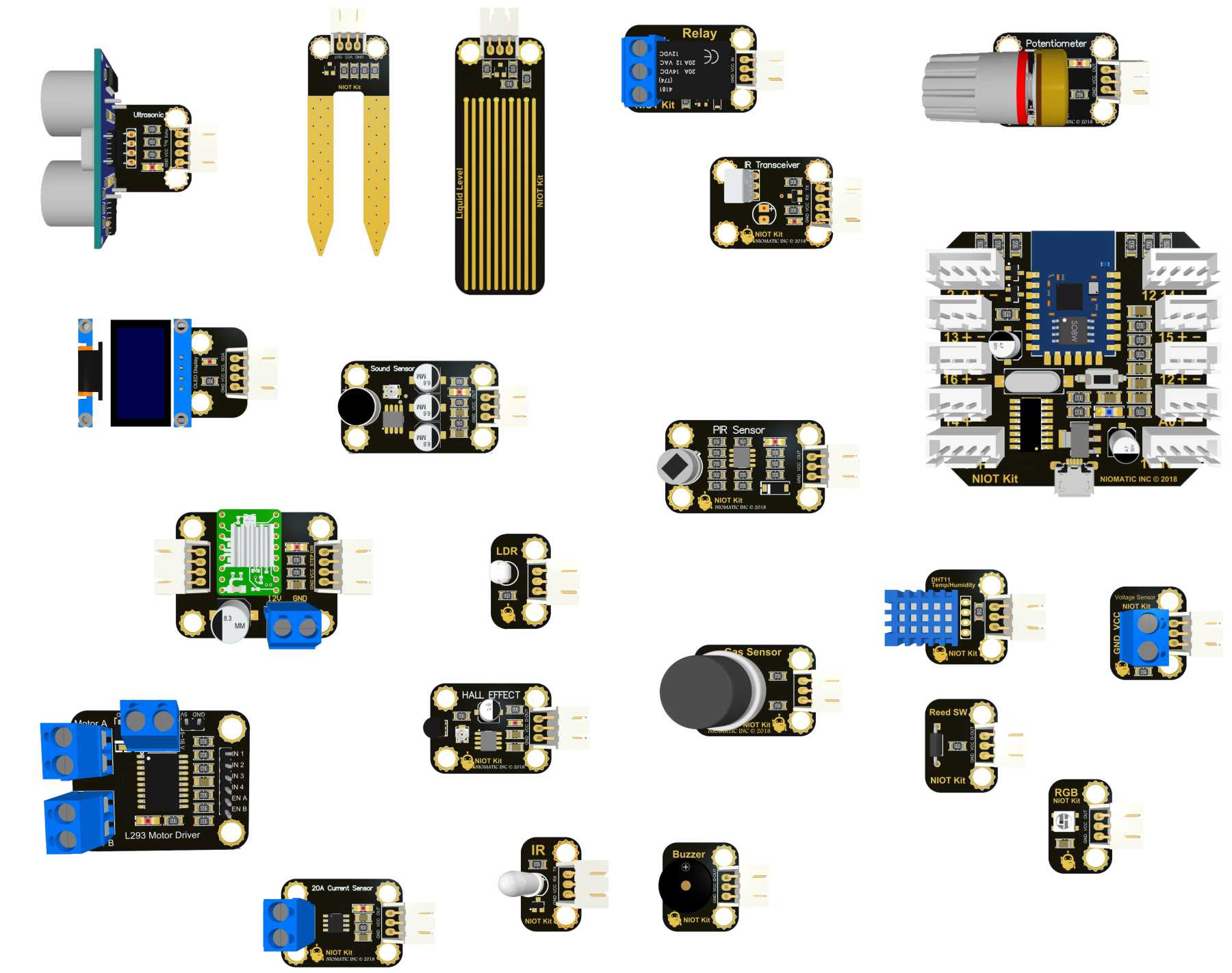 What is the trigger flow visual programming language?

Niomatic, Trigger flow visual programming
Niomatic, the meaning of "n Input-Output self-perform," is an Android-based platform for a visual programming language from NIO Group. This platform performs to execute on low power consumption and limited resource hardware applications. "N Input-Output self-perform," mostly known as Niomatic, is a free android based mobile-application to create small built-in applications called applets to make programs by drag & drop instead of coding graphically. Nowadays, cell phones are inseparable parts of human’s daily lives. The advent of smartphones expands the functionalities of phones far from traditional communications. Nio, proposed as an IoT platform, provides a short and cost-effective solution for software and hardware production. Niomatic is a comprehensive solution that makes it possible to design and build diverse, smart things with a user-friendly and enterprise-grade interface. Using Niomatic, time from idea to market is reduced dramatically. Connect, manipulate, assess, authenticate, monitor, and control various devices with Niomatic development tools and Niomatic XChain smart contract platform. The platform provides the tools to build the desired applet on PCs, phones, and tablets and can be executed on power-efficient and limited resource hardware applications. Niomatic is the only solution that combines the power of zero-code development with native code execution in all mobile and desktop operating systems. You can also design a new form of apps (Applet) on your mobile phone directly.

Platforms
Nio includes built-in support for hardware such as ARM, ARM-v7, ARM-v8, X86, X64, MIPS with a large number of device-specific blocks for such hardware.

Trigger-flow Structure
This application has been designed in the field of graphical programming based on cause-effect relationships. The technical field of this invention is computer and electrical engineering, reaching many more uses in other engineering fields such as control and Instrumentation engineering, chemistry, and agriculture. This application is a solution for graphical programming base on triggers and actions witch handle all the procedures of control and functionality by graphical programming. Each block has an input that triggers the action, and the output results from the input of the trigger. Each small program includes small elements called graphical blocks. Mentioned blocks are executed by connecting each other to run the desired operation.

Democratic Language
The platform is unrestricted for all public, educational, and non-commercial purposes. Visual programming framework, offered by Niomatic, comes easily to everyone familiar with computer science concepts. The graphical approach also enables zero-code to build enterprise-grade applications by dragging and dropping blocks representing codes and functionalities.
Prospect
It provides opportunities in the electronic and computer field at the lowest cost, fastest time and eliminates repetitive tasks by creating value.

Create apps to solve user problems.
Applications for smartphones and tablets have gained a big market share in the last decade. Many companies offer their services via these applications, but application development is a long-term and costly process. Most of the expenditures are due to the complexity of complete software development and the integrity between a multiplicity of programming languages. Since the 1980s, companies such as National Instrument, MathWorks, Apple, Microsoft, and others have introduced and developed visual programming languages that they faced with a big failure, except for the first two companies. The two companies are developing LabVIEW and Simulink. Unfortunately, both are not compatible with smartphone operating systems, such as iOS and Android. To solve the problem, a lot of application builders have been introduced. However, these programs have implemented steady patterns of applications with three major problems: (i) the limitation in the design of modern and complex structures; (ii) the use of non-Native language interfaces, such as HTML and JavaScript, which slow down and limit the application. (iii) Disability in implementing communication protocols used in the IoT field.
Many apps have specific and limited usages at a specific time and place. Consequently, the more applications you install, the less memory space your smartphone or tablet has—waste resources by reinventing the wheel.  Apps use the same structure that requires a lot of time and money to be implemented. Security issues and support should also be considered after release. The mentioned facts mean you should reinvent the wheel for each app.

What is IOT in ecommerce?

IoT technology offers ecommerce retailers the benefit of optimizing processes and removing repetitive tasks. Merchants can use software or hardware to track their orders, notify the changes in orders, and manage inventory faster and easier.

What is ecommerce platform Automation?

Ecommerce automation is the practice of employing software tools to accomplish various activities for you instead of doing them yourself. While some aspects of the business will still require human intervention, a substantial number of ecommerce jobs may be effectively automated.

How does ecommerce help me to reduce the tasks on my shop?

Selldone offers a workflow-related feature that eliminates manual activities by addressing gaps and time-consuming tasks during processes that drive your online business.

What is an example of IoT in ecommerce?

Imagine you are behind your PC and checking for any update of orders. After somewhat, it is maybe exhausting. Here IoT helps to can reduce this process. When you receive an order, a lamp in your shop turns to a different color by different changes in logistic

How does IoT improve inventory management?

IoT devices assist organizations in improving inventory management by allowing them to track an item's specific location quickly. This shortens the time it takes to locate inventory. All of the accessible real-time data contributes to providing essential insights to help strategic and tactical business choices.

What ecommerce platforms do have IoT for merchants?

No-code Workflows at your Fingertips

Your automation process will be available everywhere easily and securely in the form of applets.